Hired as an intern at a coveted talent agency, blonde bubbly Catrin Owens knew she could be brilliant at the job. The code of conduct is crystal clear – business is business, pleasure is pleasure…and the two should never, ever meet! No problem for Catrin – she’s hardworking, and determined to excel. Until, that is, she meets the 6 ft-something wall of lean muscle that is her boss’ top client…

Scarred, and brimming with forbidden sex appeal, the French rugby star Henri Chevallier crashes through the walls of Catrin’s neatly-ordered life – and throws her polished professionalism aside like a scrap of sheer French lingerie!

The sex is fierce, exhilarating…life-changing – and almost all the more exciting as she knows she’s risking the career she dreamed of. Catrin knows she should step away. The problem? Henri is a temptation she can’t seem to resist…

“There’s something different about you, Catrin, I can tell,” Sarah narrowed her eyes and peered at her as if to see into her mind. The look made Catrin giggle as it reminded her of Larry David’s expression in his TV series Curb Your Enthusiasm.
“I don’t know what you’re talking about!” Catrin waved her hand dismissively at her best friend but her lips twitched with a grin. She turned away, feigning interest in a passing couple and their twin buggy.
They were snuggled into a booth at a Cardiff City Centre Starbucks, nursing cappuccinos and apple muffins. It had been weeks since they’d had the chance to catch up and Catrin had really missed having her old friend around. Since Henri’s arrival from France just over a week ago, she’d been busier than ever. Although Liam hadn’t assigned her any of her own clients as yet, he had given her responsibility for Henri during his stay in Wales. It was unusual for Liam to delegate hands-on client time to her but he was currently chasing up some reality television stars, keen to sign them to his books before another agency commandeered them, so Catrin finally had the chance to show what she could do.
And look what had happened!
She was risking it all for great sex. And it was just for the sex, right? She wanted to believe that it was just a physical attraction to Henri that was driving her into his arms but she had a feeling she couldn’t shake that there might be something else unfolding too.
“Is it work?” Sarah queried. Catrin knew that her friend was well aware of how hard she had worked to get her internship at the firm. After all, Catrin had roped her into the composing of her résumé.
“Yes…kind of…” Catrin smiled, breaking small pieces off her apple muffin and making a small pile on her napkin. Wonderful work. She loved her job so much and until recently it had been all she’d had to focus on. As an intern at the agency, she’d been striving hard for two years to secure a permanent position. But Liam H. Clarkson, though seemingly kind and full of praise, had not yet seen fit to promote her. He was, she reflected, almost too keen to keep her as his intern/personal assistant. And she wanted so much more.
“How’s that what’s-his-face treating you? You know, your boss?”
“Liam?”
“That’s the one!” Sarah leaned forwards over the table and a tendril of her long red hair brushed against the froth of her coffee.
“Sarah!” Catrin giggled. Her friend was so clumsy. She was always covered in food, drink or dog hair.
“Dammit!” Sarah wiped the end of her hair with a napkin. “So?” She wiggled her eyebrows up and down. “Has ‘Mr Liam I secretly love Catrin as my PA because she’s so efficient’ finally given you a hint of a possible permanent contract?”
Catrin shook her head.
“Then what’s happened? Is he still using his Blackberry as a remote control?”
Catrin giggled. Sarah had joked on several occasions about how Liam used his mobile to control Catrin wherever and whenever he chose. It wasn’t that either of them believed that Liam fancied Catrin, just that he was a bit of a control freak. But then, Catrin could kind of understand his need to micro-manage because he’d been a founding member of the company and his life savings were riding on its success.
“So…what is it then?” Sarah was like a bulldog once she got hold of something – she wouldn’t give up without a fight.
“I’ve met someone.” Catrin bit her lip.
Ooops!
Sarah’s mouth dropped open and she clapped her hands together. The noise drew the curious glances of some other customers and Catrin sank lower in her seat. She hated being the centre of attention. She leant over and smoothed the legs of her skinny jeans into her Uggs.
“Who? Tell me, tell me!” Sarah scrunched up her face and pouted her lips, causing Catrin to snort. Her friend was crazy, which probably helped as she worked at a dog rescue centre. Sarah earned minimum wage, still lived with her mother and father and spent fourteen-hour days at work but she loved it. She was the happiest person Catrin knew as well as the most generous. Sometimes Catrin wished that she could be happy with such simplicity. But she knew that she couldn’t. She’d always felt the need to push herself, to strive for more. It made her wonder what it would take for her to be really happy.
“He’s French.”
“How did you meet a Frenchman?” Sarah frowned then realisation filled her eyes and her red eyebrows shot up to her hairline. “Through work?”
Catrin nodded then hung her head. She knew what was coming.

Total-E-Bound Blogspot on 12th of every month: http://totalebound.blogspot.co.uk/ 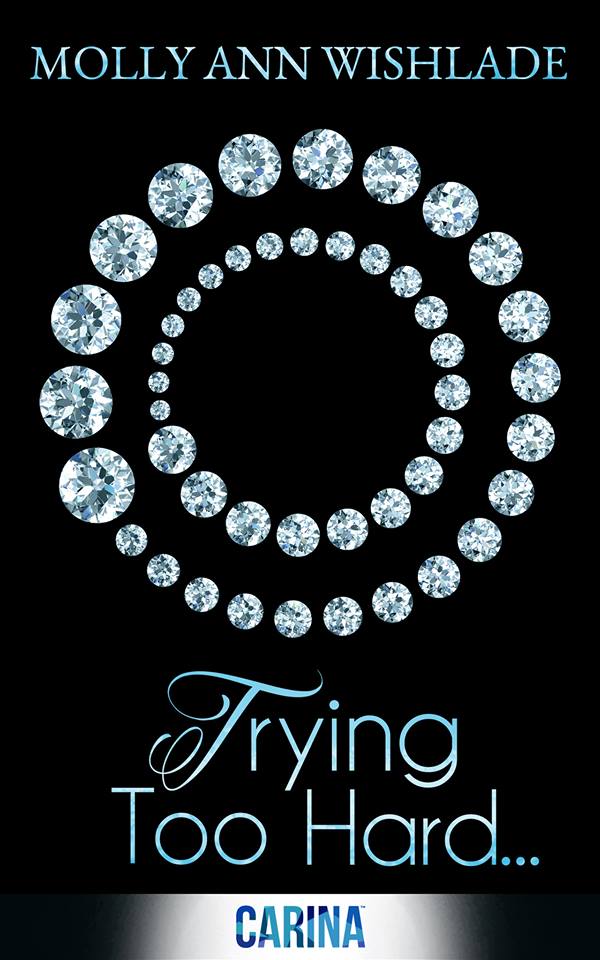