Please welcome my great friend, and fellow Carina writer, Katie Oliver to the blog today. I’m going to grill her about her Dating Mr Darcy series of books. Check at the bottom of the post for buy links. These books are brilliant, laugh out loud funny with a cast of characters so real you’ll want to get on a plane to London to look for them!

You’ve just released Mansfield Lark, the third book in the “Dating Mr Darcy” series.  Can you tell us a little about it?

I’d love to! Rock star Dominic Heath left his aristocratic family behind 11 years before.  When his mother asks him to return to Mansfield Hall, to (a) lend a financial hand and (b) put an end to his feud with his father, the Earl of Locksley, Dom refuses.  But his girlfriend Gemma persuades him to go…and he takes her along.  Dominic is soon starring in his own reality show, “Mansfield Lark.”

Fun and frustration ensue as he deals with an alcoholic plumber, an invasive camera crew, an opinionated housekeeper, and Bibi – the ball bearings heiress who’s set her sights on him.

Can he restore Mansfield Hall to its former glory? Can he patch things up with his father?  Most importantly of all – can he escape the determined clutches of Bibi Matchington-Alcester?

BEC: I LOVE Dom has his own story!

Dom the rock star makes a return appearance; did you enjoy writing his character? (He is my favourite!)

Oh, no question – Dominic is my favourite character, too!  He’s always such fun to write – I can’t count on anything when dealing with Dom, except to expect the unexpected.  Any scene that features him takes on a life of its own, and basically writes itself.  He takes over the page.  (I can only imagine what he must be like in the bedroom!) *fans self rapidly* (BEC – haha!)

Dominic is a quirky mix of Russell Brand and Liam and Noel Gallagher of Oasis.  He’s a little bit Ozzy, too – lovably clueless, but a balls-to-the-wall rocker.  Physically, I picture him as Jared Leto in leather trousers. *fans self even more rapidly*

What was the inspiration behind the titles?

The idea for the first book title, Prada and Prejudice, came to me in 2009 when I first started kicking ideas for the book’s plot around.  My agent suggested we continue the Jane Austen-y theme when naming the other two titles.  So Love and Liability and Mansfield Lark were born.

Although my books are only very loosely related to Jane Austen’s, we share the same interest and affection for the people we observe every day, and enjoy showing their quirks and imperfections.

Do you picture your characters as movie stars? If so, who would play the main characters?

Oh, definitely.  I’m a very visual person, so I always ‘cast’ my books and write with those actors in mind.  For Prada I envision Felicity Jones as Natalie and Ewan Mcgregor as Rhys; Ian is James D’Arcy.  For Love and Liability, I’d cast Dakota Fanning or Imogen Poots as Holly and Henry Cavil as Alex, and Erik would have to be Alexander Skarsgard.

Finally, for Mansfield Lark, I think either Jared Leto or Russell Brand would be perfect as Dominic Heath.  Throw in Emily Blunt as Gemma and Alice Eve as Bibi, and you’re there…

You weave story lines together seamlessly (think of the movie Love Actually, where the storylines weave, and are connected) is this hard to do?

Thank you!  At first, I had NO clue how to manage one storyline, much less two or three.  Oddly, the thing that helped me figure it out was watching soap operas. In an interview, Shelby Foote, the noted civil war historian and novelist, said that soap opera writers turned out compelling stories every day, 365 days a year, and in order to learn how to construct a plot, one only needed to watch a television soap.

So I started to watch – as in, really study – General Hospital’s storylines, and suddenly, it clicked.  I got it.  Where before I’d read about ‘parallel plotting’ and ‘mirroring’ in those how-to-construct-a-plot books, it wasn’t until I watched the show that I saw it.

For example, when two brothers fought over the same girl, in a concurrent plot, two sisters fought over an inheritance.  While a mother worried about her daughter, a dad worried about his son, and so on.  Connections – whether similar or contrasting – are the way to weave in different storylines and relate them back to the main plot.  Just keep in mind that like the main plot, those subplots need to have their own story arc, too.

Who is your favourite character to write?

I’m thirteen chapters into a new Natalie and Rhys book at the moment, and I really like two of the supporting characters, Helen Thomas and Colm Mackenzie. I find that characters who don’t take center stage – the heroine’s best friend, for example, or the surly groundskeeper, or the houseguest with a secret – are the ones I most enjoy writing.  I like getting to know what makes them tick, and I usually don’t know have a clue until I begin writing. 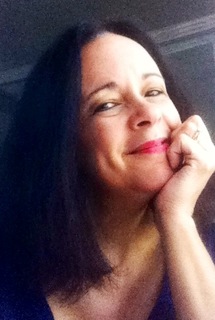 No!  I’ve never been to England but I desperately want to go.  I have a friend whose mom grew up in Blackpool, and another friend who lives in Yorkshire.  I want to see London before I die.  It’s at the very top of my bucket list.

Who are your favourite writers?

There are so many…have you got all day?  I love past greats like P.G. Wodehouse and Jane Austen; for comedy, I can always count on laughs from Mary Kay Andrews and Fannie Flagg; for women’s fiction, I admire Helen Fielding, Jenny Colgan, Jill Mansell, Chris Manby, Hester Browne…I could go on…

If you could choose three people to have dinner with who would they be?

Gordon Ramsay – I bet he’s not half as fierce as he pretends.  (Or maybe he really is-?)

Stephen King – So we could talk about writing and then play guitars after dinner.

My husband – He always makes me laugh.  And he makes pretty good spaghetti.

Where can we find your books?