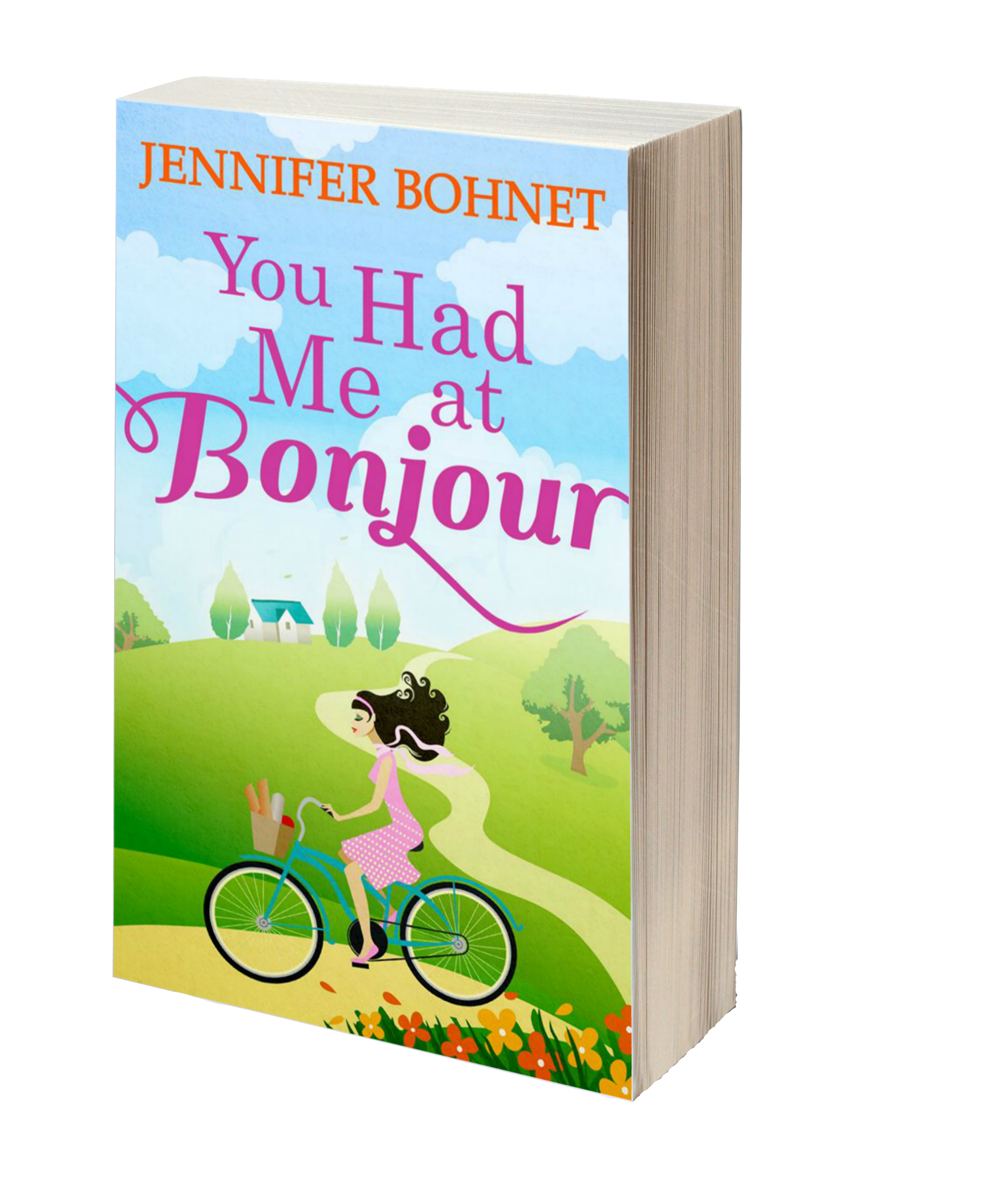 Can you share the blurb of your book with us?

YOU HAD ME AT BONJOUR is about Jessica’s Shirley Valentine year.

If you’d asked Jessica a year ago, she would have told you that her life was pretty near perfect. But one year – and one very messy divorce – later, she’s not so sure. Which is how she found herself boarding a plane to the south of France, determined to put her past behind her… preferably via some deliciously chilled rosé.

Meeting a new man was never part of the plan. Yet when she meets Nico, her new neighbour’s impossibly sexy nephew, steering clear of romance seems easier said than done. Suddenly, Jessica finds herself right back where she started: with her heart on the line. But now she’s made a new start, perhaps it’s time for Jessica to throw caution to the wind, take a few risks… and learn to regrette rien!

Who is your favourite character and why?

I think Eliosa my older female heroine is my favourite. She’s half French / Italian, slim and elegant and full of that continental ‘je n’sais quois’. I just want to be her in another life!

Do you have a particular time you like to write?

Not really. I’m lucky enough to be a fulltime writer and I do try to keep to office hours but I’m the world’s champion procrastinator.

What are you reading?

I’ve just finished reading The Hidden Cottage by Erica James and I have a huge TBR list on my tablet waiting to be read.

Who is your favourite author?

If your book was made into a movie who’d play the main characters?

My dream cast would be: Raoul Bove the Italian actor who was my inspiration for my hero Nino would play the part to perfection. Jessica my heroine would be a part that Maggie Gyllenhaal would be brilliant in I think. Juliette Binoche would be a sexy Eliosa and Simon Baker as Jessica’s ex husband Ben.

What’s next for you writing wise?

At the moment I’m doing the revisions for my next Carina book due out early next year and I have a new one to write by the end of January.

Describe a typical writing day, do you have any rituals you use before starting?

Breakfast with my husband, a few household chores before dealing with e-mails and forcing myself to do some social media stuff – being an introvert I find that side of things very difficult. The only ritual is a large mug of proper coffee after this and then work. Well that’s the theory anyway!

Where can we find your book?

I live in France with my husband Richard, one large dog called Philly who we rescued from the Antibes dog shelter and one fat cat known as Little ‘un who simply turned up one day.

In 1999 Richard and I, with our then dog 14 year old Holly in a trailer attached to Richard’s bike, cycled down through western France via the canal paths, arriving in Antibes in July. With the exception of one fleeting visit back to the UK we have lived in France ever since, and recently moved into a small cottage in central Brittany.

I have two grownup children, Emily, a Montessori trained education specialist and Nick, a yacht captain. I still can’t quite believe that between them they have five children making me a grandmother – how selfish is that when I’m simply not old enough for the title. It goes without saying of course that I adore each and everyone of them and wish I saw more of them.

I am currently working on my fifth novel ‘Life’s a Beach’ once again set in the South of France.

‘Millie, opening and running her own beach restaurant in the South of France, is determined to prove her critics – and Seb Groc master-chef extraordinaire – wrong. Of course an English woman can succeed in the highly competitive world of French cuisine – can’t she?’

I am a member of the Romantic Novelists’ Association and the Society of Authors.