An interview with Aurelia B Rowl! 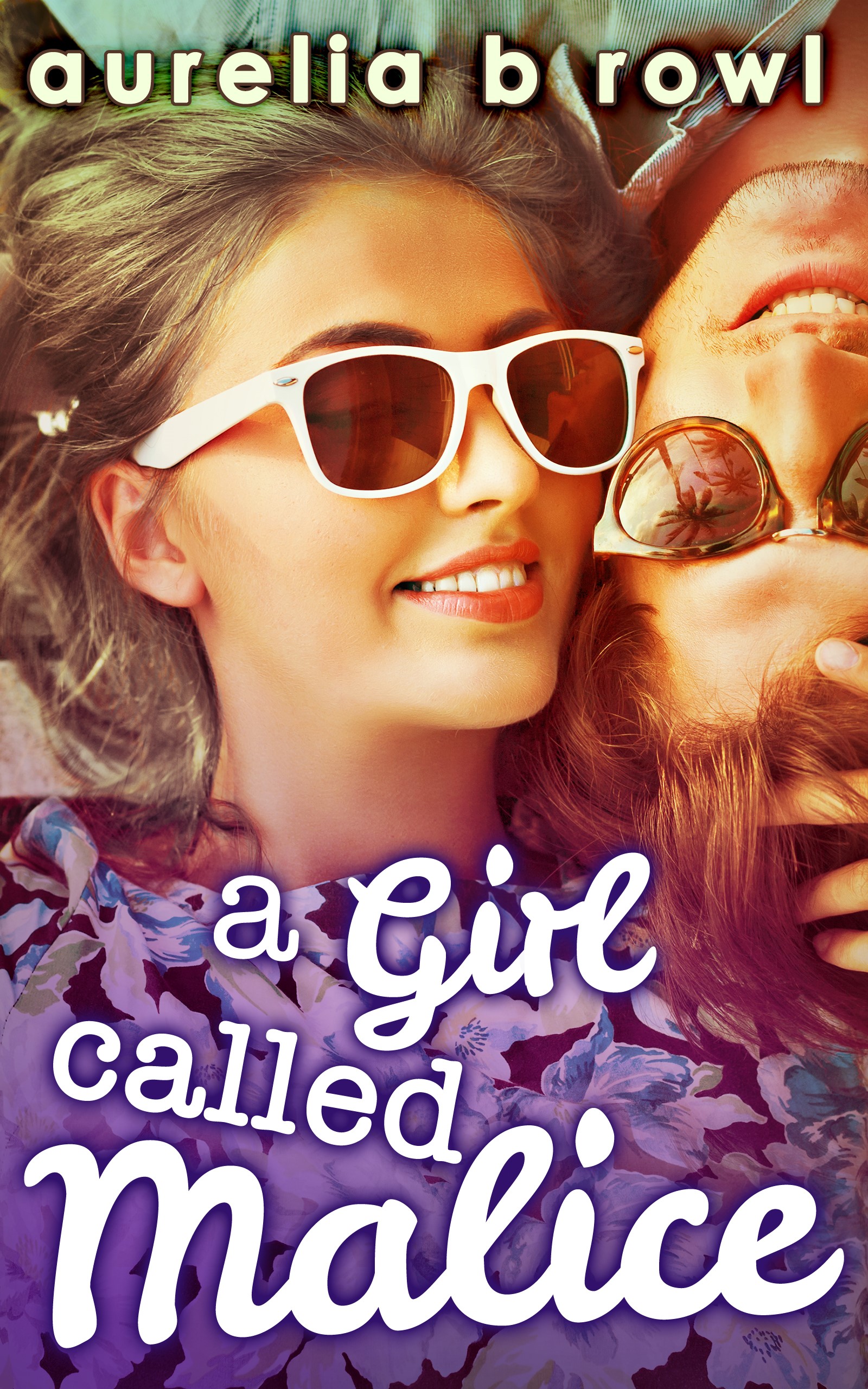 I’d like to welcome Carina author Aurelia B. Rowl to the blog today! She’s been super busy with a few projects of late and is here to discuss them with us! She’s also sharing an excerpt of her latest release! I can’t wait to read this book!

Sure, I’d love to! It’s not easy being the Queen Bee. Alice Taylor should know.

You know that girl. The one that the whole school’s social life seems to revolve around. Alice used to be that girl until she decided to quit sixth form college. Suddenly her ‘friends’ aren’t so interested in following her around and her attention-grabbing behaviour is about to get her kicked out of home. With nowhere to go and no one to turn to, her world starts spiralling seriously out of control.

Only new friend Zac Newton seems to believe in her. Lifeguard and poolside hottie, Zac is quite literally her lifesaver. But then, he’s never met ‘Malice’, her mean-girl alter ego, and Alice wants to keep it that way. She knows this is her last chance for a fresh start until her sordid past catches up with her at the worst possible moment.

As everything Alice has worked towards comes crashing down around her, she realises that the hardest thing of all is being yourself…

There are so many recurring characters within the Popping the Cherry series that it’s impossible to pick just one. I love them all! Alice is such a wonderful character though, to have come through so much adversity already, but I also have a major crush on Zac and I want Nathan to be my best friend.

I’m in the fortunate position of being able to write fill-time, or as full time as I can get with two young children, so I write whilst they’re at school and then pick up again in the evening once they’ve gone to bed. I try to take weekends off as ‘family time’ and I tend to do the bare minimum during school holidays to keep everything ticking over.

These days I tend to be more of a binge reader, particularly in the school holidays. I don’t have a current read at the moment but I have just finished Hard to Forget, a fabulous romantic suspense by Incy Black, and I will be picking up Kidnapping the Brazilian Tycoon by Carmen Falcone next. I am also slowly working through my fellow Carina authors’ titles that I’ve bought and downloaded to my kindle.

Again, this is another really tricky question since it depends what kind of mood I’m in. Much like my taste in music, I like to read different genres from young adult fantasy, to romance, to crime and all sorts in between. If I had to choose a handful of authors as my favourites—my ‘go to’ authors—then it would be Susan Elizabeth Phillips, Rachel Caine, J.K. Rowling, Terry Pratchett and Tana French.

Ah, what a wonderful dream!

In all honesty, however, I wouldn’t have a clue; I’m not really up on my teen/young actors anymore and don’t tend to watch television. Since the main characters from Popping the Cherry also feature in A Girl Called Malice before all heading into book 3, I’d have my work cut out trying to cast them all.

My next release is a contemporary romance, Christmas is Cancelled, and it will be out on December 1st. Christmas is Cancelled was actually my debut story, originally released December 2012, and it’s the first story I ever completed so I have a major soft spot for it. I am thrilled to have had the chance to go back in and strengthen the story, ready to be relaunched with Carina UK, and I hope to get the sequel out for Christmas 2015.

On the writing front, I am now in the research and plotting phase of book 3 from the Popping the Cherry series. It’s my first attempt at a gay romance story and I just know I’m going to have my work cut out keeping it authentic and not falling into the stereotype trap. Wish me luck!

My typical writing day starts once I’ve dropped the kids off at school and fed our menagerie of rescue pets – 1 dog and 3 rabbits – then I make the coffee and fire up the laptop at the kitchen table. I do have an office out in the garage but I like being in the main house, unless I’m falling way off deadline or deep in revisions and need to focus without any distractions (i.e. the wi-fi signal doesn’t reach the garage o_O )

On days when I’m struggling over a plot point or having problems connecting key scenes, I will leave the car at school, pop in my earphones, and then walk the two miles home listening to loud music. I live in such a beautiful part of the UK – all rolling hills, trees and greenery – that it never fails to unlock my mind and get my inspiration flowing. Then there’s the two-mile walk back again to collect the kids after school so I’m working off some of my “writer’s ass” at the same time. Win-win!

At this time, all of my books are in digital format and can be found on most major ebook retailers, including Amazon, Barnes & Noble/Nook, iBooks, and Kobo. I’m still dreaming of one day being able to walk into my local independent bookstore or Waterstones and find my books on the shelves as well as on the website. One day…

Ironically, my first book looking set to go to print is For One Night Only; a short story that I wrote more as a dare to see if I could write more ‘spicy’ romance, released under the alternate pen name of Allie A. Burrow. It will be part of a 2014 ‘Flirt’ compilation to be released January 2015 by Breathless Press.

Um…more to the point; where can’t you find me? I’m a bit of an internet junkie so am on many—perhaps too many—social network sites. I tend to hang out on Facebook and Twitter the most though, and also Goodreads. I love connecting with readers and fellow writers so it’s a case of the more the merrier (which is a far too subtle hint for: come and befriend or follow me please).

Aurelia B. Rowl lives on the edge of the Peak District in the UK with her very understanding husband, their two fantastic children, and their mad rescue mutt who doesn’t mind being used as a sounding post and source of inspiration. She regularly wows them all with her curious, hastily thrown together meals when she gets too caught up with her latest writing project…or five!…and she has developed the fine art of ignoring the housework.

Aurelia writes Young Adult/New Adult crossover fiction and contemporary romance. To find out more about Aurelia, or check out which project she’s working on right now, you can visit her website: www.aureliabrowl.com

I pulled the bathroom door to behind me, leaving it ajar, then pressed my cool hand against my burning skin. With my chewing gum still in my bag on the bed, I had to raid the emergency nicotine supplies I kept hidden in a toiletry bag in my bathroom. A poor substitute for the real thing, but I could indulge in as many cigarettes as I wanted once Charlie was tucked up in bed. For now the gum would have to do so I popped two of the white tablets into my mouths and chewed, wincing at the movement. I took out my contacts before jumping under the blistering shower. Five minutes later, I was scrubbed free of makeup—along with all traces of Hayden—and as ready as I’d ever be to brave the world again. Charlie had stayed exactly where I’d left him, only he was now surrounded by sheets of sketch paper: drawings of hills, old cotton mills, and lots of pictures of him. He was so engrossed he didn’t notice me pottering around and getting dressed, so I squatted down beside him to see which drawing had held his attention for so long. Big mistake. ‘I like this one best,’ he said, holding up the pencil sketch of me and Mum. ‘Thanks.’ I wedged my hands behind my knees, trapping them against my calves to stop me from snatching the picture out of his fingers. ‘It’s you and Mummy, isn’t it? When you were little?’ ‘It sure is.’ I’d copied it from a photograph I’d found being used to prop up the wonky leg of our old table. Folded into a small square and badly damaged, it fell apart soon after I’d finished drawing my own copy. ‘Do you have any other sisters? Or brothers?’ he asked. ‘Or is it just Mummy?’ White lies like not knowing any Spanish were one thing but I couldn’t lie to him about the big stuff. Since it wasn’t my place to tell him the truth, it left me stuck in an awkward limbo. I must have made some kind of weird sound because Charlie turned his head to look at me. ‘Are you OK, Aunty Alice?’ ‘Me? Yeah, of course I am!’ ‘But you’re crying?’ I am? ‘No, no, I’m not crying.’ I freed a hand from my behind my knees and wiped my fingertips across my cheek. Sure enough, they came away wet. ‘Oh. I er… I got some shampoo in my eye when I was in the shower. It made my eyes sting, you know what that’s like.’ ‘Does it hurt when you turn your blue eyes off?’ he asked, far too observant. ‘No, not at all.’ ‘Is everything blue when you look through them?’ ‘No. It’s just normal.’ ‘I like you with green ones better.’ ‘So do I,’ I admitted. Unfortunately, Charlie and I were in the minority. The fact he’d already picked up on the two different sides of me and made the connection with the eye colour left me wanting another shower. How much longer did I have before Charlie learned the truth of what I did? ‘Why don’t you keep the green ones switched on then?’ Good question. Too good. ‘I um…’ While I might despise the girl with the blue eyes, she was strong and fearless. She got noticed, unlike the real me. The guys couldn’t get enough of her and no one dared to confront her—except for Virginia and her posse—so she was the perfect front to hide the shy, frightened green-eyed girl behind. Charlie waited, staring up into my eyes. Would he understand that I only behaved that way to protect myself from any more hurt? Would he still love me and stick around or would he too disown me? Without him to keep me grounded, the green-eyed girl would surely be gone for ever.